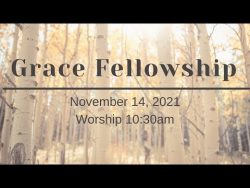 36 And after some days Paul said to Barnabas, “Let us return and visit the brothers in every city where we proclaimed the word of the Lord, and see how they are.” 37 Now Barnabas wanted to take with them John called Mark. 38 But Paul thought best not to take with them one who had withdrawn from them in Pamphylia and had not gone with them to the work. 39 And there arose a sharp disagreement, so that they separated from each other. Barnabas took Mark with him and sailed away to Cyprus, 40 but Paul chose Silas and departed, having been commended by the brothers to the grace of the Lord. 41 And he went through Syria and Cilicia, strengthening the churches.